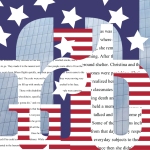 Although no one in my family died at the World Trade Center on 9/11, I have always felt drawn to understand the calamity of this tragic event. As a mere kindergartener, I vividly remember what happened around me on Staten Island that day. After speaking to my peers I realized that not many of them have such distinct memory or true understanding of what occurred. My age group specifically is one of the last generations who can personally recall where they were and what they did during those tragic moments. I feel it is my responsibility as a designer and as an American to communicate about September 11, 2001. 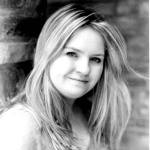 Bridget Finley is a student designer currently at Pratt Institute at Munson Williams Proctor with a focus in Advertising Art Direction. She demonstrates her abilities by managing a heavy course load with a long list of responsibilities. As a participant in AIGA president of Student Council at her college, and maintaining the academic President’s list, getting involved is an important part of her experience. Taking on new challenges and studying arts and designers inspires her to explore her limitations.