WE believe in the power of communication and
that each of us has a TRUTH to share.

WE will not be deceived by propaganda
put out by today’s institutions.

WE prefer a world where greed isn’t rewarded
and discrimination is not accepted.

WE choose to represent our TRUTH in order
to create positive change. 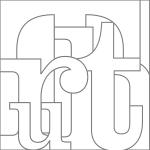 { project } TRUTH is an educational art movement that explores the promotion of positive social change through the creation of meaningful artwork. It is a collaborative effort inspired by the masterpieces of American artist Robert Indiana—the creator of LOVE and HOPE. Utilizing the Cindiana TRUTH (c) wireframe, individual artists design a corroborating infographic to represent their personal theme. {project} TRUTH is a cohesive collection intended to unite the artists and communicate the importance of these matters ranging from local issues to global concerns.

Wars in the World Today
Today’s wars kill and displace more people leading to the highest number of refugees ever. This project brings  awareness to the areas of conflict. Stabilizing the world’s most vulnerable areas should be a major, global foreign policy imperative — and not just a moral one, given that these regions often serve as a haven for terrorists and transnational criminals.

BeeAWARE: Declining Honey Bee Populations
The honey bee and bumble bee populations have been significantly dropping over the last twenty years—resulting in negative impact for agriculture across the country. Often bees are seen as a nuisance and toxic pesticides are applied—doing more harm good. My TRUTH aims to draw attention to this rising concern and speak out in defense of these voiceless creatures and the benefits that they provide.

BrainFREEZE: Preparing Virtual Students for the Real World.
Online education is growing in popularity at an exponential rate. This project highlights the pros and cons of the debate surrounding the virtual classroom. Replacing traditional academic methods with new technologies while maintaining proper social exposure and human interaction is a significant challenge that should be critically examined to ensure that virtual students are prepared for the real world. 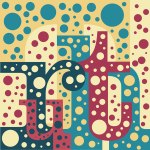 Outsider the Scene – Inside the Head.
Outsider art is a type of art created by people who are not formally trained artistically, and often have some degree of mental disorder. The work by outsider artists is usually emotional, loose and has a child-like quality. However, outsider artists are facing several severe problems that keep them “outside” of the mainstream art scene, and not able to have a bigger group of viewers.

Homeless Youth
Of the 550,000 homeless youth in America 69% are under the age of 18 and living on the streets without proper shelter, education, and often in ill health.  Every day homeless children struggle to survive and figure out when their next meal is going to be.

College = Bust
Can you put a price tag on education? Colleges and universities can. The cost of getting a higher education in America has become a growing concern, putting many of the country’s young adults in debt before they even enter the work force. This problem affects more than just the students and their families; the pressure that college debt has put on the economy is in no way helping the current recession. 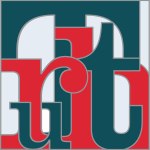 Sexual Harassment on Campus.
Sexual harassment is an enormous problem around the world. Both men and women faced it at some point of their lives. My focus of attention went toward the United States and its colleges in specific. Being a student myself made me worried about this situation around the country. I tried to visualize this problem by using simple and recognizable icons, colors and elements. My project was about not only about bringing this problem into discussion and awareness, but also providing information on how to escape this kind of situations. This is why phone numbers and immediate steps were included. 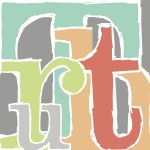 Mental Health – The College Years
During the last ten years the percentage of people with mental issues has increased significantly. It is a serious social problem, especially college students. My TRUTH project is inspired by my personal experience. I have struggled with my mental health since childhood and when I started college it only got worse until I decided to talk about it and reach out for help. My project brings awareness to people who are struggling with their mental health and hopefully it will encourage them to talk about it.

September Eleventh – Personal Timeline
Although no one in my family died at the World Trade Center on 9/11, I have always felt drawn to understand the calamity of this tragic event. As a mere kindergartener, I vividly remember what happened around me on Staten Island that day. After speaking to my peers I realized that not many of them have such distinct memory or true understanding of what occurred. My age group specifically is one of the last generations who can personally recall where they were and what they did during those tragic moments. I feel it is my responsibility as a designer and as an American to communicate about September 11, 2001.

Transgender Equality
Transgender rights are falling behind in regards to the LGBT and gay rights movement and are commonly overlooked when many claim that things are finally more equal across the board of sexual orientation. Gender identity and its acceptance into the community is a completely different issue that needs more attention. 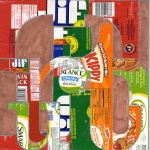 Peanut Alleriges
Peanut allergies have become a serious problem in the Western world. As I was growing up, I often heard from my Asian parents how peanut allergies were unheard of when they were growing up, and how it was a Western affliction. Because of this, I became interested in finding out the reasons behind this disparity. With the help of my father, a biomedical researcher, I created this infographic to help spread awareness about the severity of Western peanut allergies.

Global Water Crisis
3.58 million people die each year from water related diseases. Unsafe water causes 4 billion cases of diarrhea each year, and results in 2.2 million deaths, mostly of children under five. People in developing countries have never gotten the chance to taste a clean drop of water in their lives, due to not having access to clean drinking water. 2.4 million deaths could be prevented each year if people had access to clean water and adequate sanitation and practiced good hygiene.

Beauty Obsession
The whole world’s obsession with beauty has taken its toll on various individuals and in many different forms, but probably one of the most permanent and drastic examples of our beauty obsessed society is plastic surgery addiction. With the current larger-than-life-booty and boob craze that has taken over the American standard of beauty, we have seen a plastic surgery numbers go through the roof. While most plastic surgeries are for the most part subtle and natural looking enough.